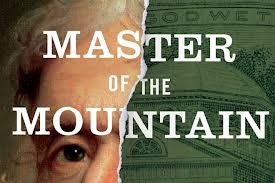 The Yale Club of Philadelphia,the Friends of the American Philosophical Society and The Library Company of Philadelphia invite you to a talk by Henry Wiencek (Yale ’74) on his book Master of the Mountain: Thomas Jefferson and His Slaves.

According to a recent review in The New York Times, Henry Wiencek presents his highly controversial idea “that sometime in the 1790s, Thomas Jefferson became so convinced of the economic value of slavery that he completely abandoned his youthful antislavery sentiments.”

Independent scholar Henry Wiencek, a Yale University graduate (class of 1974), is the author of several other books, including The Hairstons: An American Family in Black and White, which won a National Book Critics Circle Award in 1999, and An Imperfect God: George Washington, His Slaves, and the Creation of America. This is a wonderful opportunity to acquire his book and to have it inscribed.

If for some reason this event is cancelled or postponed, all those who registered online will be contacted via email, and those who called to register will also be notified. Event information is also posted on the APS homepage: www.amphilsoc.org.  If you have questions, please call Alexis Anderson, Director APS Friends Program, at 215.599.4303 or Pedro Geraldino (Yale ’72) at 215.628.2903.

APS Home PageJoin the Friends of the APS Today