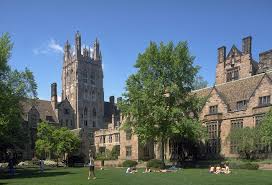 Each year the Association of Yale Alumni (AYA) holds an assembly whereby some important part of Yale is presented to the various alumni delegates. This year’s event coincided with Sandy, and your humble correspondent was the only delegate from the club to make the entire assembly. I’m glad I did, and given the subject-SERVICE-I wanted to share some of my observations with you.

“Answering the Call to Service: Alumni Volunteers in the Global Community”

Observations from Programs and Presentations